Your Partner for Spanish Wine and Fine Food Sourcing

Here you can find some useful documents in english and chinese: 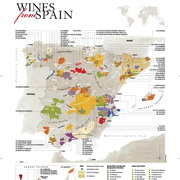 Denominación de Origen (Designation of Origin – DO) is part of a regulatory classification system for Spanish wines.
A semi-autonomous governing body (Consejo Regulador) exists for each region and for each food type, comprising skilled, impartial members who investigate the quality, ingredients and production process of each product, ensuring they attain specific quality levels. Products labelled Denominación de Origen, apart from being of superior quality, are expected to carry specific characteristics of geographical region or individual producer and be derived from raw materials originating within the region. Like most of these designations, a fundamental tenet of a DO label is that no product outside of that region is permitted to bear the name. 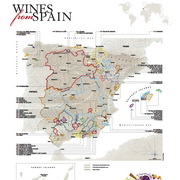 Vino de la Tierra (Country Wines) is a quality of Spanish wine that designates the rung below the mainstream quality wine indication of Denominación de Origen (DO). It is the equivalent of the French vin de pays. It covers not only still wine but also sparkling wine and fortified wine.

It represents a higher quality than table wine. The labels of Vino de la Tierra wines are allowed to state the year of vintage and the grape varieties used in its production. 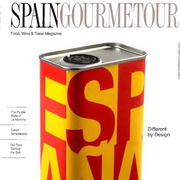 Spain Gourmetour is a publication of the Spanish Institute for Foreign Trade (ICEX).
The magazine is issued three times a year in English, French, German and Spanish, and is distributed free of charge.

“Foods from Spain” leaflet in Chinese

“Wine from Spain” leaflet in Chinese 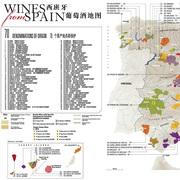 “Designation of Origin” map in Chinese

“Ham from Spain” leaflet in Chinese

The “Norm of Terminology Translation of Imported Wines” is an official guide listing standard Chinese translations of key wine terms.

Let's work together to make your business grow!!